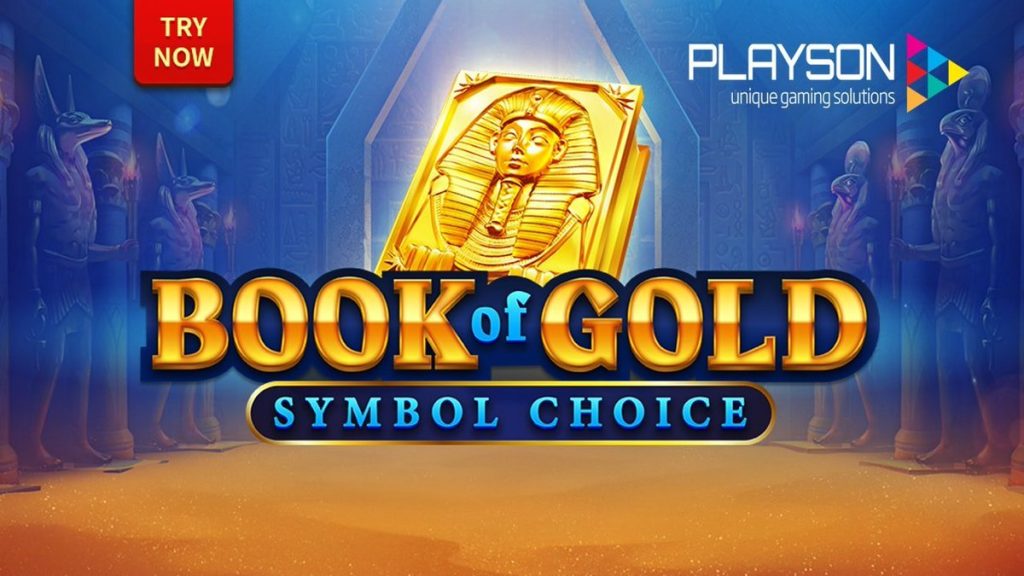 Have you ever heard of the Book of the Dead, one of the most mysterious and interesting relics of Ancient Egypt? Well, before you go looking for it, open this casino slot inspired by its symbolism and you’ll be even more interested and intrigued by its mysteries.

Activated during Free Spins, this is the distinctive mechanic you will find when playing this slot, which features low volatility and a very high level of fun. So much fun is this game that Playson has released two more variations of it, which we have also reviewed here.

For now, check out everything we have to say about the classic version of the Book of Gold slot:

How does the expandable symbol mechanic work?

Before we explain the scatter mechanics, it is important to understand how to activate Free Spins and which symbols are involved in the process. The game does not have a Wild symbol, however it does have a Scatter symbol which works doubly: one of its functions is to be a wild symbol, substituting symbols that are hindering a winning payline. The other function is to release Free Spins, which happens when three or more of these golden books appear in the game at once.

Free Spins is where the magic of expanding symbols happens, and it happens almost immediately. We say almost because before the free spins begin, the game will draw a symbol at random, which will be endowed with a special ability: to expand to the other lines of the same column whenever it is part of a win.

Normal symbol values during the game

You may have noticed that this is an online slot game that skimps on symbol diversity, with only 9 icons besides the Golden Book – the much coveted Scatter. One of these symbols happens to be more valuable than the icon that gives the game its name, and you can see how much it pays. Check out the Book of Gold: Classic symbol value chart:

This slot was so, but so successful upon its release, that its producer still made two more versions of it to cater to the audience that responded so well to this title. The main concept of Book of Gold: Classic is to offer the possibility of a long playing time without risking too much, but still having the possibility of doing very well, with its Free Spins and Expandable Symbols mechanics being the main attraction here.